DVD "A Day in the Budwig Diet"

Hi, I'm Ursula Escher, creator of the DVD "A Day in the Budwig Diet". I embarked on this project after losing my father to brain cancer in November of 2009. I created this DVD out of necessity but also frustration. 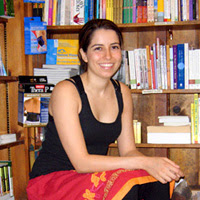 After being diagnosed with a Cerebellar Glioma in August 2008, my father was pressured by his doctors to get treatment IMMEDIATELY. This included the 3 usual recommendations... surgery, chemotherapy and radiation. Though I had been a natural health advocate for most of my life, I now had to figure out the BEST WAY to help my father with his cancer. I researched all of the natural cancer therapies that I could find and ultimately chose The Budwig Protocol.

I also knew others like the Gerson Protocol have also shown themselves to be very effective, but Dr. Budwig's methods were by far the easiest to follow. Her work was very extensive and the success of her protocol is very well documented. It was also the most PRACTICAL of the well-established cancer therapies. When you have to balance the stresses of everyday life while following a natural cancer protocol, SIMPLICITY IS KEY!

More About My Father

I remembered urging my father to avoid surgery on a Friday afternoon, but before I knew it, he went into surgery the following Monday. Right after undergoing intensive brain surgery, he went from being a normal, able-bodied 56 year-old, to basically being bed-ridden. He then suffered from seizures and overall malaise for weeks and wasn't able to carry out simple day to day tasks. It was also appalling to see what he was being fed in the hospital. The food was bad even for healthy individuals, let alone a person who is ill.

He was given a prognosis of "3 months to live" by his doctors so I literally forced him to try Dr. Budwig's Protocol after he came home from the hospital. The healing effects were immediate and truly amazing as I was able to see this first hand. His energy returned after a few days, his digestive system re-normalized after decades of issues, and he was feeling great overall. The most amazing thing is that his hair started to grow back with color after being completely white for over 5 years. After a few days, he was able to get out of bed, walk around with little assistance and carry a full conversation. THE CHANGE WAS TRULY DRAMATIC!

Unfortunately, his doctors continued to pressure him into chemotherapy and radiation saying that he had no chance for survival without them. They claimed everyone does "fine" and that everything would be "ok". So the next thing I knew, he was taking chemotherapy. I feel that the doctor's position of "authority" was more convincing than anything else. Although I put my career on hold and devoted my full attention to his case, my opinion as an independent health researcher and therapist, did not carry as much weight.

I mean, let's face it, who am I to "challenge the opinions of medical doctors?" Yet, there is strong evidence from mainstream medical journals and doctors that support my position on the harmful effects of chemotherapy.

After the first days of treatment, it was clear to everyone that chemotherapy was causing his health to decline. He was again confined to the bed and could not carry out the simplest of tasks. Soon after, he fell into a coma. He remained bed ridden for months and couldn't speak, swallow or chew food anymore. On November 2009 he passed away after being transferred to the hospital.

For everyone that witnessed this, it was clear that the Budwig Protocol was improving his health. It was even clearer that chemotherapy was the main cause of his decline. It was really night and day. Most of my family members who were in favor of conventional therapies now understand the devastating toxicity that comes with them.

It's unfortunate that it had to end this way, but I really hope that my experience and research can help others overcome their struggles with cancer.

The 5 main things she learned:


Yet as I mentioned earlier I chose The Budwig Protocol because it was the most "practical" of the well-established cancer therapies. But most importantly, IT IS TRULY THE EASIEST TO DO! This is so valuable in times of hardship.

The Making of the DVD


Out of necessity in helping my father, I spent many months consolidating practical information. Since I'm a professional artist I produced easy to follow, illustrated guides - this way everyone could learn quickly! I felt that getting diagnosed with cancer is bad enough, having to read volumes of books to filter out what to do just makes things worse. So the illustrations were a really valuable resource to my family! They even still refer to them now.

After my father's passing I realized that others could also benefit from the illustrations and simple guidelines that I had designed along the way. So with permission from The Budwig Foundation in Germany, I decided to create a complete DVD guide. In the DVD I personally walk you through an entire sample day on the Budwig Protocol. In fact, it probably took me several months to learn all of this, fill in all the gaps and make sense of it all. BUT IN THE DVD YOU'LL WILL KNOW EXACTLY WHAT TO DO IN UNDER 1 HOUR! 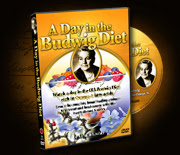 I truly hope that this DVD can be of help to you and your loved ones. We would also love for you to share your insights and experiences with us in our online community.

Wishing you health and success.


Thanks to http://budwigdvds.com for this wonderful article.
at November 30, 2011

Dear Readers,
You can mail us to give your feedback, ask questions, give suggestions, give your success stories or articles for publication, contribute or donate for this noble cause.
Our email is go.flax@gmail.com
Ms. Neha K Suman
Cheif Executive